Medieval Marvels in the Modern World: The Journey of an Enthroned Virgin and Child 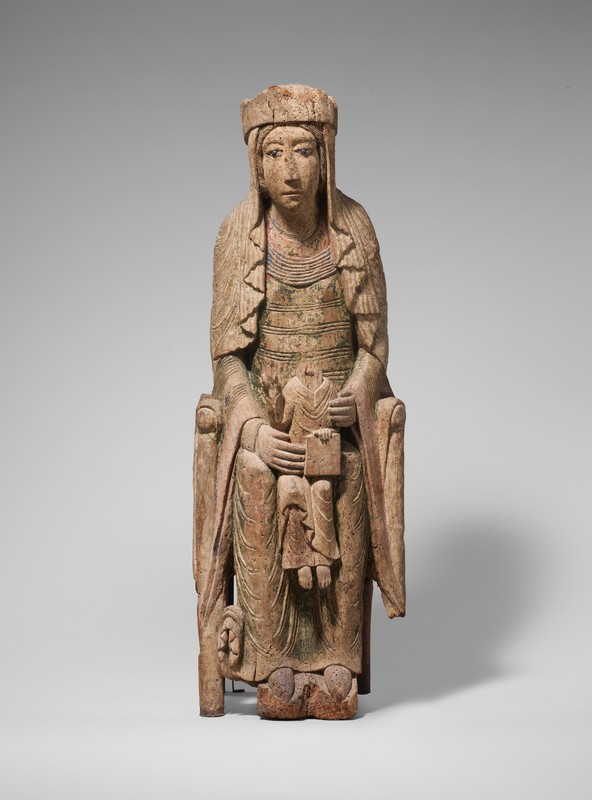 Displaying medieval art in America is no easy task. Unlike more contemporary artworks, medieval works often played an active role in devotion and therefore elements of the artwork are coded for a specific viewership—one that is geographically and temporally remote for the modern American audience. This issue is especially evident in the Enthroned Virgin and Child, a twelfth-century French sculpture that is currently displayed at the Cloisters Museum in New York City. Originally created for a religious setting, Enthroned Virgin and Child has journeyed from the public sacred space of the Church to a local private collection, passed through the hands of various dealers, before finally being displayed at the Cloisters on the shores of the Hudson River. 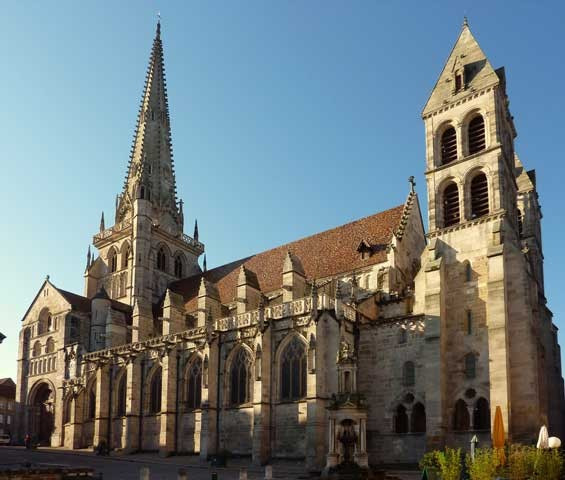 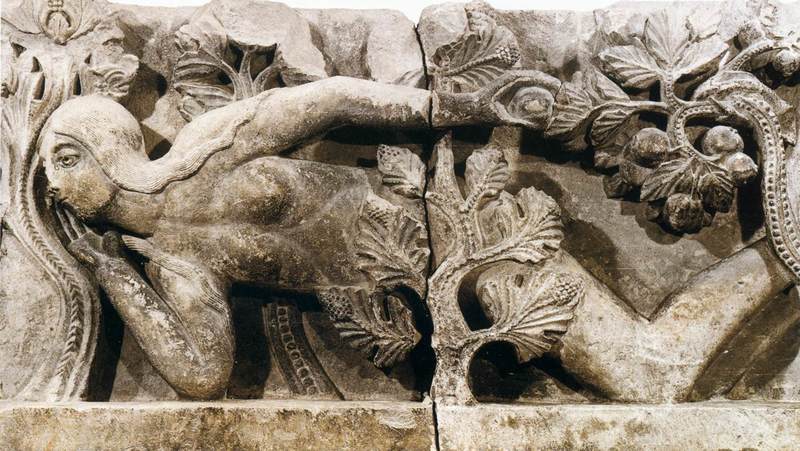 The Medieval Setting of Enthroned Virgin and Child

Despite being one of the few extant Burgundian Romanesque sculptures, the provenance ofEnthroned Virgin and Child is uncertain and is determined largely by style. Carved around 1130-1140, the French statue depicts a fatigued Mary— complete with slumped shoulders and tired, accepting gaze—with the Christ Child secured in her lap, cradled between her staggered hands. Her majesty is underscored by her crown and meticulously rendered veil, as well as her lapis-lazuli-blue eyes (the left of which is a replacement).Even though the head and part of the right hand of the Christ child, three legs of the throne, the back panel, and most of the original paint have deteriorated, enough remains intact that the sculpture can still be categorized by its drapery. While the figures themselves are static, an animated linearity can be seen in the ridges of Mary’s veil, which fan into accordion-like layers, and in the cloth covering her shoulders and legs, which is articulated by parallel bands.This is a visual mode closely linked to the artist Gislebertus and his atelier, paralleling his work on the tympanum of the Cathedral of Saint-Lazare at Autun. Furthermore, the sculpting of Mary’s visage—her long, elegant nose, thin lips, and heavy-lidded eyes—are reminiscent of Gislebertus’ carving of Eve from the Cathedral’s north transept portal.Such stylistic affinities led the sculpture’s late eighteenth to early nineteenth-century owner, Abbé Victor Terret of Autun, to state that the work,“undoubtedly came from one of the churches of Autun or from a village nearby.” 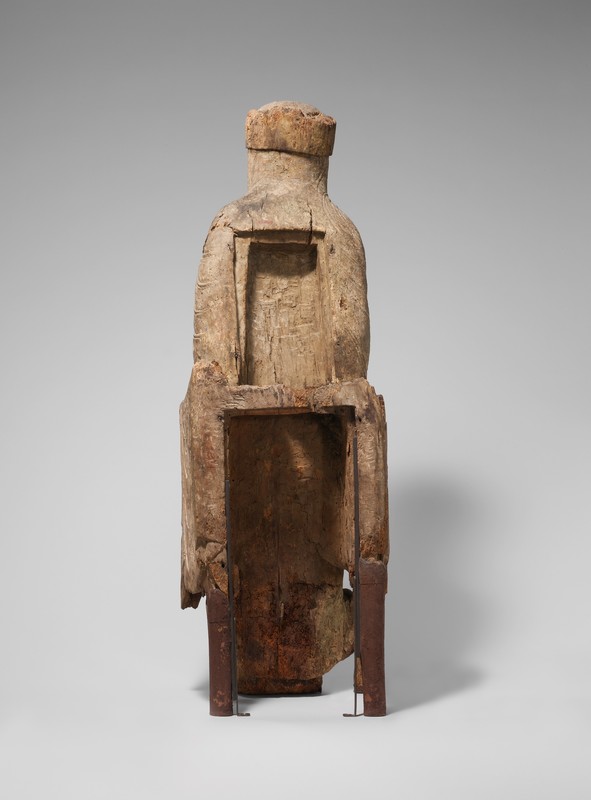 The Medieval Use of Enthroned Virgin and Child

The Enthroned Virgin and Child, like most medieval artworks, had a function for its original viewers. It is likely this piece originally was a reliquary, for there is an open space at the back suitable for holding relics. Perhaps it contained a fragment of the Virgin’s Veil, which the Cathedral of Saint-Lazare claimed to possess in the twelfth-century.If so, the Cloisters’ Virgin and Child was more than a sculpture. It was a work intended to engender spiritual veneration and even physical connection to the divine, encouraging pilgrimage and heightening the prestige of the cathedral. However, in more mundane terms, it is also possible that the cavity was simply made to keep the birch wood of the sculpture from splitting due to changes in temperature or humidity.

Whether a reliquary or not, the Enthroned Virgin and Child still had spiritual significance for its medieval audience. The sculpture’s depiction of Mary seated on a throne with the Christ child in her lap is an example of Sedes sapientiae, or the “Thone of Wisdom.” Derived from the typological tradition of comparing the Virgin to the Throne of Solomon, Sedes sapientiae underscore the Virgin’s holy status as the bearer of the son of God. Just as the Throne of Solomon was the seat from which King Solomon dispersed his wisdom and justice, the Virgin is the throne from which Christ, the incarnation of divine wisdom, can be accessed. In this manner, the Enthroned Virgin and Child and other “Throne of Wisdom” statues were seen not only as representations of Christ’s authority, but also as manifestations of the Virgin’s power. Medieval worshippers often prayed to Mary, hoping that her motherly mercy would cause her to intercede on their behalf.

The Enthroned Virgin and Child also played a pivotal role in perpetuating the Church’s perception of women in twelfth-century Europe. Through analysis of religious treatises on marriage and sermons on the role of womanhood, it has been argued that the medieval Church had a dualistic conception of woman that was based on notions of the dichotomy of Mary and Eve.While Mary was conceived as the paragon of womanly virtue—being humble, obedient, and both a virgin and a mother—Eve was criticized as a temptress and the source of original sin.Such notions informed artistic depictions of these two figures, with the Church seeking to emphasize Mary’s complete dedication to her motherly duties and Eve’s moral depravity. The Mary figure in the Cloisters’ Enthroned Virgin and Child is solemnly resigned to her role as the mother of Christ and the sacrifice and sorrow that will come with it.Her devotion to her son is evident in her solid grasp of his chest and tired, but protectively slumped shoulders. She is honored for her service with her modest crown, a reference to her eventual ascension as the Queen of Heaven, but she seems to bear the burden of a mourning mother all the same. In this manner, Enthroned Virgin and Child asserted to its medieval audience that devoted motherhood and obedience was a way for women to overcome their innate sinfulness and potentially reach salvation. 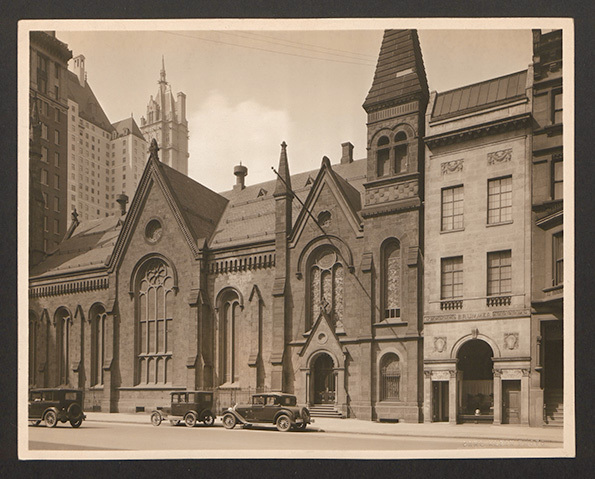 Journey to America and Circulation on the Art Market

It is likely that Enthroned Virgin and Child remained at the Cathedral of Saint-Lazare at Autun until the French Revolution, when it was removed as a result of revolutionary attacks on royal and ecclesiastical power. Following the proclamation of the French Republic in 1792 and the abolition of Christianity in 1793, religious artworks such as Enthroned Virgin and Child were perceived as perpetuating power dynamics that kept the people in an “era of slavery.” It is unknown how the sculpture survived—most Burgundian wooden sculptures have been lost—but by 1925 it had reemerged in the private collection of Abbé Victor Terret of Autun. The sculpture was then sold to Jean Peslier, an art dealer in Vézeley, who in turn sold it to the Brummer Gallery in New York in 1935.

With its purchase by the Brummers, the Enthroned Virgin and Child crossed from its home in France to the geographically and temporally remote setting of the United States. And it was not alone. During the inter-war period, a great number of European art historians fled for America, bringing with them their knowledge and appreciation for the medieval.This dislocation of Europe’s intellectuals triggered a growth of medieval studies in American academic circles, which subsequently gave curators new inspiration to acquire Romanesque and Gothic works. Having established their first gallery in Paris in 1906, Joseph Brummer and his brothers opened a New York City branch of their gallery in 1914—and were therefore perfectly placed to conduct the passage of artwork across the Atlantic.

America’s increased interest in the medieval was confirmed and augmented by the Boston Museum of Fine Art’s 1940 Art of the Middle Ages exhibit. With the outbreak of World War II in Europe, the curator, German-born Georg Swarzenski, was unable to borrow medieval works from abroad and therefore turned to American art museums, galleries (including the Brummer Gallery), and private collections to contribute to his installation. In doing so, he was able to present more than three-hundred European works made in the years between 1000 and 1400, including the Enthroned Virgin and Child.Although Swarzenski specialized in creating period rooms, his limited access to architectural works at the Boston Museum of Fine Arts led him to emphasize the aesthetic qualities of each individual work, rather than using their collective presence to evoke a medieval atmosphere. 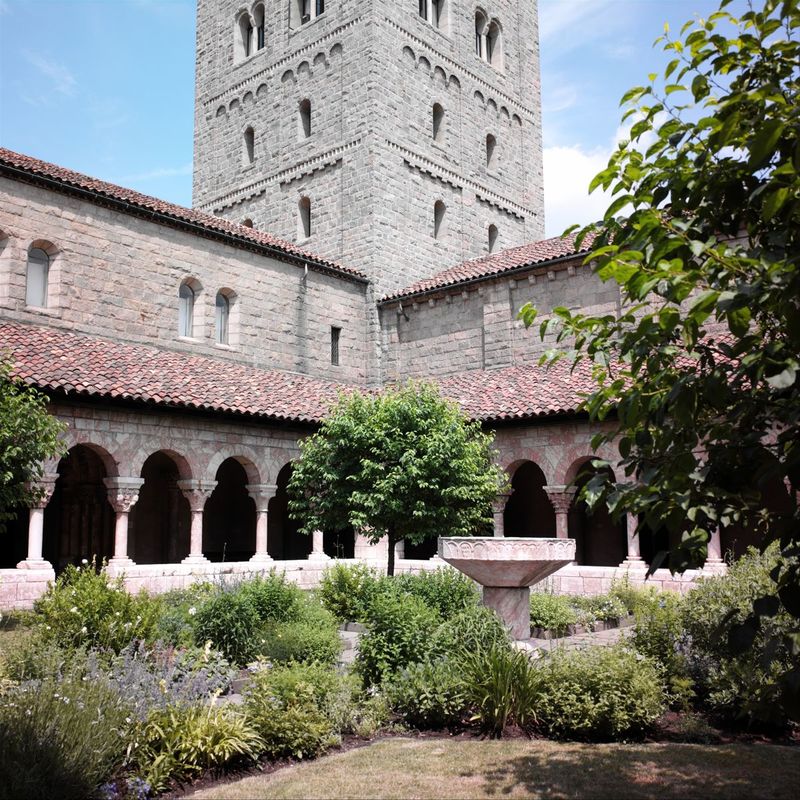 After Joseph Brummer’s death  in 1947, the Gallery arranged a large sale of his sculpture collection that allowed the Metropolitan Museum of Art to obtain the Enthroned Virgin and Child, along with other artworks. Only two decades earlier, in 1925, had the Metropolitan acquired the medieval collection of George Gray Barnard, which they quickly began restoring to prepare for the works’ reinstallation at a new museum. This museum—the Cloisters—was constructed to mimic some elements of a medieval European monastery, a goal furthered by its placement in Fort Tryon Park, superficially isolating the site from the hubbub of the city and placing visitors in spaces that could summon the mindset of medieval audiences. Completed by James J. Rorimer in 1938, the Cloisters was designed with the goal of evoking the Middle Ages through displaying works in an architecturally “medieval” space, while still enabling each work to be valued as an individual work of art.

This methodology is still seen in the current installation of the Enthroned Virgin and Child. Housed in a gallery called the “Langon Chapel,” the sculpture is set up in a space that mimics the atmosphere of its original setting. Viewers enter through imposing twelfth-century wooden doors to the dramatic high ceilings of the chapel— a Romanesque structure recreated from twelfth-century limestone blocks from the church of Notre Dame du Bourg in the Aquitaine region of France. The room includes the liturgical accoutrements of an altar, crucifix, and chairs as if for congregants. Set across from another Sedes sapientiae sculpturein the chapel, the Enthroned Virgin and Child is displayed within a vitrine, inviting viewers to consider its stylistic affinities and differences with other works in the gallery, while also protecting it from fluctuations in climate and the grasping hands of visitors. Furthermore, on the wall to the left of the sculpture is a work identified simply as Angel, a voussoir sculpture originally located on the north transept of the Cathedral of Saint-Lazare, the site where the lintel of Eve was originally installed. This work is also attributed to Gislebertus and his atelier, allowing viewers to compare the aesthetics of the Enthroned Virgin and Child and the Angel. Furthermore, this juxtaposition allows visitors to contemplate the ways in which an image referencing the hardships of motherhood and another invoking the glories of heaven made their journeys from medieval Burgundy to contemporary Washington Heights.

Kargère, Lucretia, and Michele D. Marincola. "Conservation in Context: The Examination and Treatment of Medieval Polychrome Wood Sculpture in the United States." Metropolitan Museum Studies in Art, Science, and Technology2, (2014): 11-50.

Medieval Marvels in the Modern World: The Journey of an Enthroned Virgin and Child 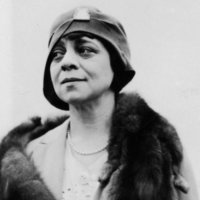 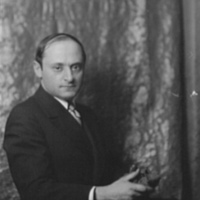 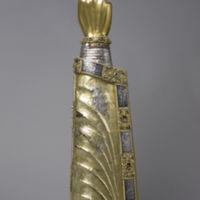 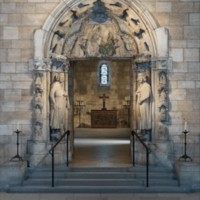 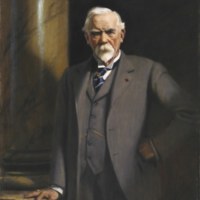 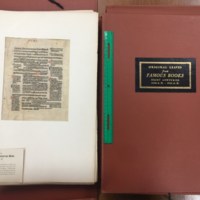 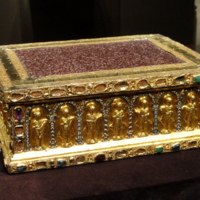 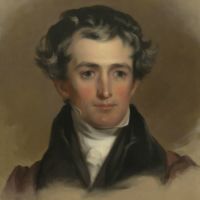 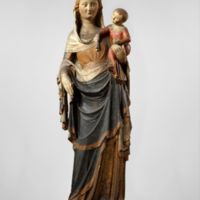 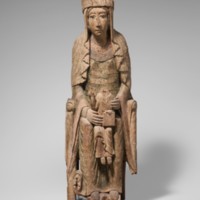